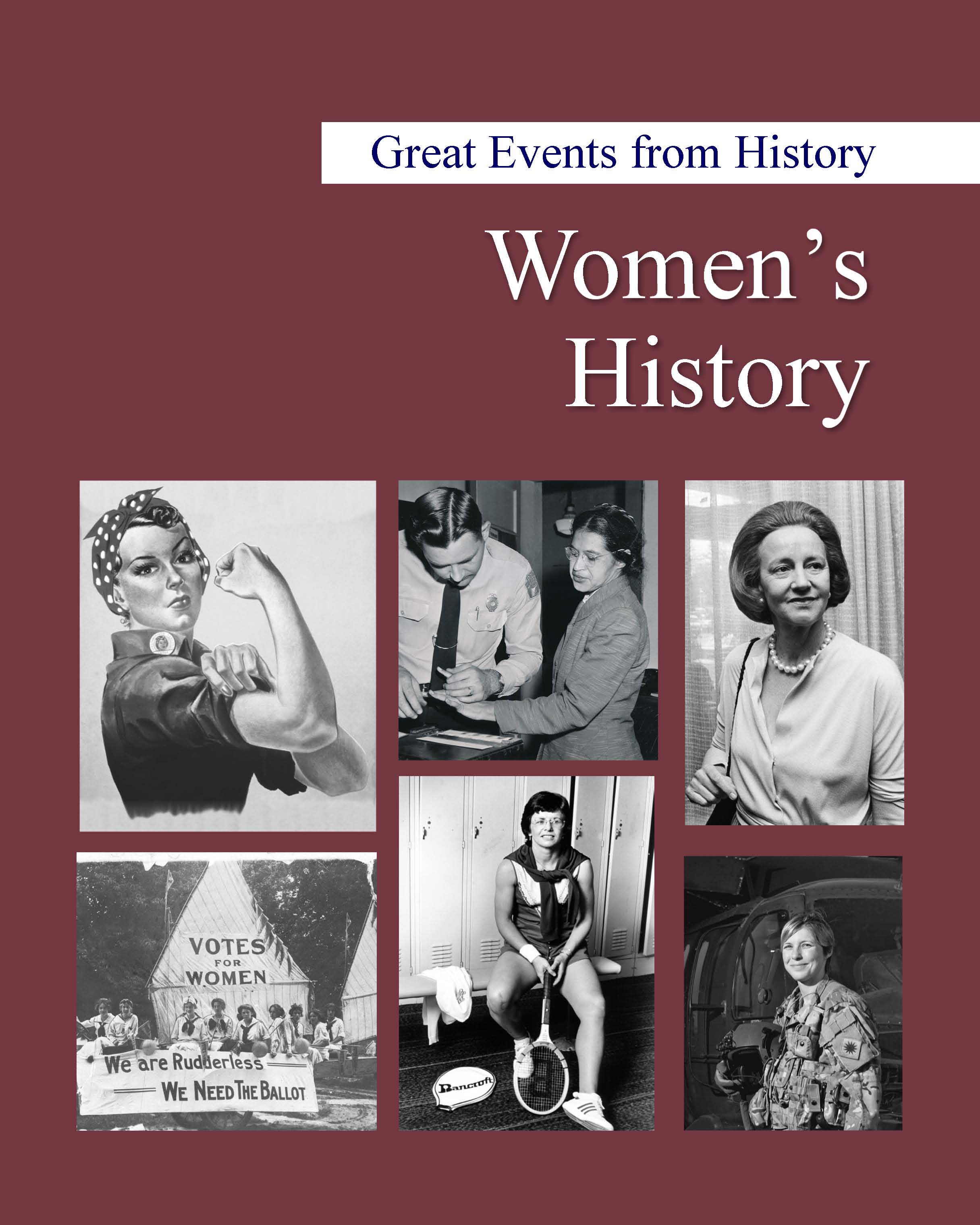 The latest addition to the Great Events series chronicles significant moments in the history of American women, including legal, political, and cultural milestones. Beginning with citizenship and access to education, the timeline continues through women’s suffrage, the ERA, changing sexual and reproductive mores, equality in the workplace, and the #meToo movement. Often intersecting with the civil rights movement, the story of women’s journey to equality includes such landmark events as the Seneca Falls Convention, civil rights activism by Rosa Parks, first birth control clinic, passage of the Nineteenth Amendment, Equal Pay Act, Title VII, Title IX, Roe v. Wade, Violence Against Women Act, and the removal of the ban against women in combat.

The following women all made their marks as famous firsts:

Recent challenges to Roe v. Wade are covered as well as state backlash to President Joe Biden’s executive order stating that transgender female athletes must be allowed to compete against women. Entries are supplemented by primary source documents, court decisions, biographical profiles, and state statistics that will deepen understanding of the topic at hand. An in-depth yet accessible introduction to the development of women’s rights, Great Events from History: Women’s History is an invaluable reference source for public libraries for students and general readers at all academic levels.