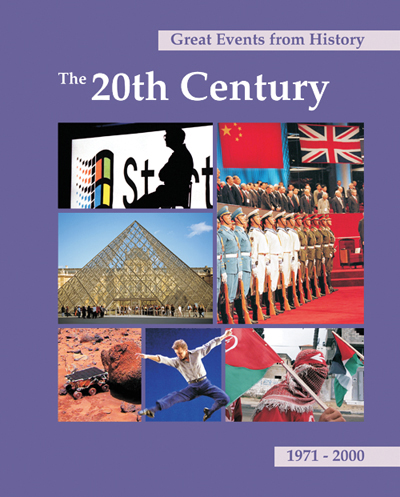 Salem Press' monumental Great Events from History series spans human history from ancient times to the present, worldwide. The culminating sets in this series, three sets of six volumes each, detail the significant events during the twentieth century. Great Events from History: The 20th Century, 1971-2000, a six-volume set, provides extended coverage of 1,083 major events between 1971 and 2000.

The period is extraordinarily important: The late twentieth century was a time of significant advances in science and technology. Space probes explored comets and the outer planets. Personal computers were born and quickly grew to change the way people all over the world work, play, and communicate. With the rise of the Internet, information of all kinds became available at the click of a button. In addition, advances in biotechnology during this period were groundbreaking, producing the first genetically engineered vaccine, a map of the human genome, and the first successfully cloned mammal.

Plus: The events covered include the curriculum-oriented geopolitical events of the era - from end of U.S. involvement in the Vietnam War in 1973 to the breakup of the Soviet Union in 1991. Essays also address important social and cultural developments in daily life: major literary movements, significant developments in the arts and motion pictures, trends in world population and immigration, and landmark social legislation.

Scope and Content
This set establishes its priorities as meeting the needs of history students at the high school and undergraduate levels. Public librarians will also find the set, and the series as a whole, invaluable as a reference tool for students and general readers at all academic levels.

Organization and Format
The essays range in length from approximately 1,500 to 2,500 words (3-5 pages) and adhere to a uniform format. The ready-reference top matter of every essay prominently displays the most precise date of the event, the common name, a summary paragraph, locale, category of the event, and the key people involved, including name, birth and death years, dates and terms of office, and brief descriptors of their roles.
The test of each essay is divided into four sections: "Summary of Events" gives a chronological description of the facts of the event. "Significance" assesses the event's historical impact, "Further Reading" provides a fully annotated list of sources for further study, and "See Also" offers extensive cross-references to other essays within the Great Events set.

Special Features
A "Keyword List of Contents" appears in the front matter to each volume. A section of historical maps also appears in the front matter, displaying world regions in the late twentieth century to assist readers in placing the events' locales. Accompanying the individual essays are an additional 80 maps; 240 quotations from primary source documents, lists, and time lines; and more than 500 photographs and other illustrations: battles, buildings, people, spacecraft, and other iconic images of the period.

In addition, several research aids appear at the end of Volume 6, including a Bibliography, Chronological List of Entries, and a listing of Electronic Resources. Four complete indexes (Geographical, Category, Personages, and Subject) round out this remarkable set. 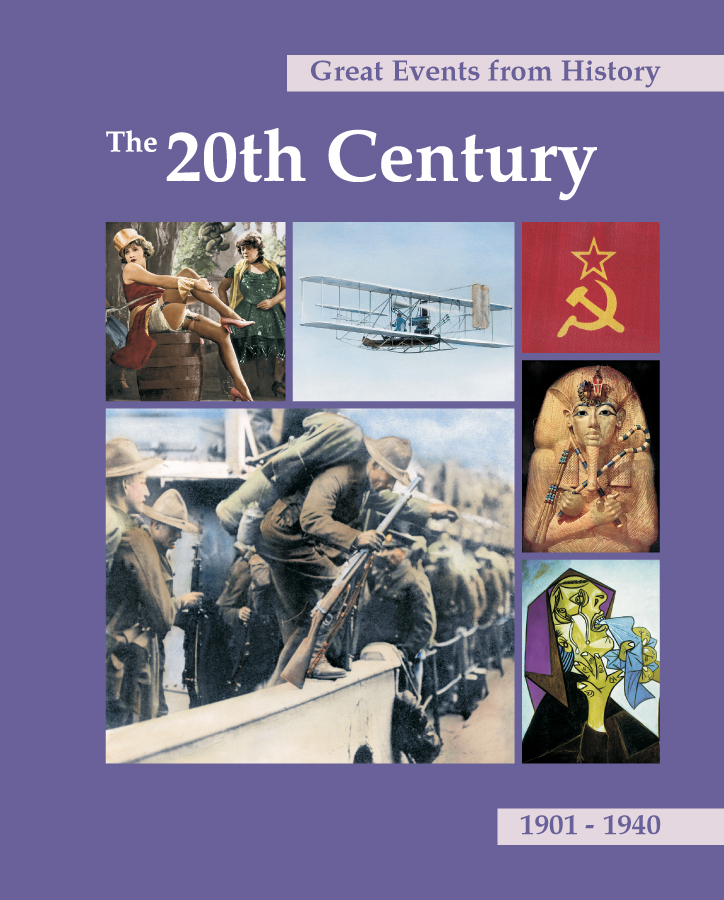