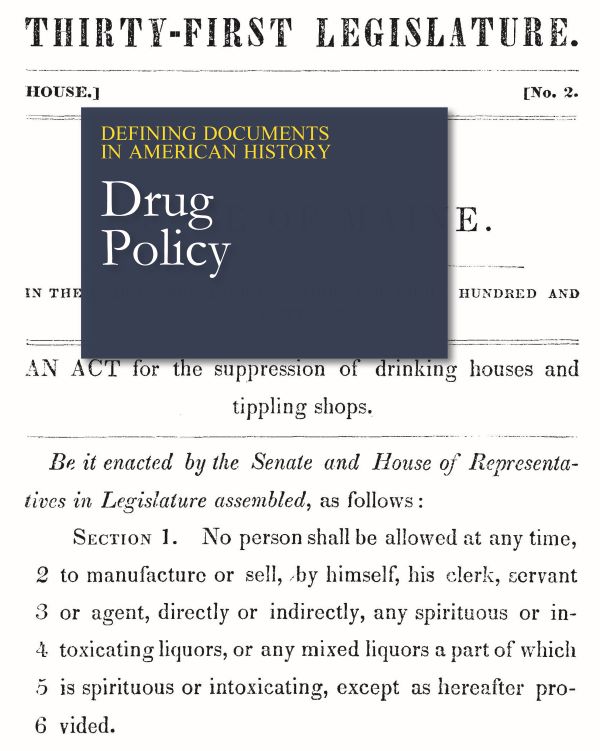 Defining Documents in American History: Drug Policy offers in-depth analysis of 63 primary source documents at the foundation of the study of drug policy in America. These include book excerpts, speeches, political debates, testimony, court rulings, legal texts, legislative acts, essays, newspaper articles, and interviews. These selections trace the history of drug policy from Colonial days and concerns about alcohol to the present-day opi­oid crisis and debates over how to best treat addiction in the United States. Drugs as they relate to public health concerns, including alcohol and vaccines, are also con­sidered as part of the overall drug policy of the nation.

The material is organized into five sections, and each section begins with a brief introduction that defines questions and problems related to the drug policies and problems of the United States that are addressed in the historical documents.

Each Historical Document is supported by a critical essay, written by historians and teachers, that includes a Summary Overview, Defining Moment, About the Author, Document Analysis, and Essential Themes. An important feature of each essay is a close reading of the primary source that develops broader themes, such as the author’s rhetorical purpose, social or class position, point of view, and other relevant issues. Each essay also includes a Bibliography Additional Reading section for further research.