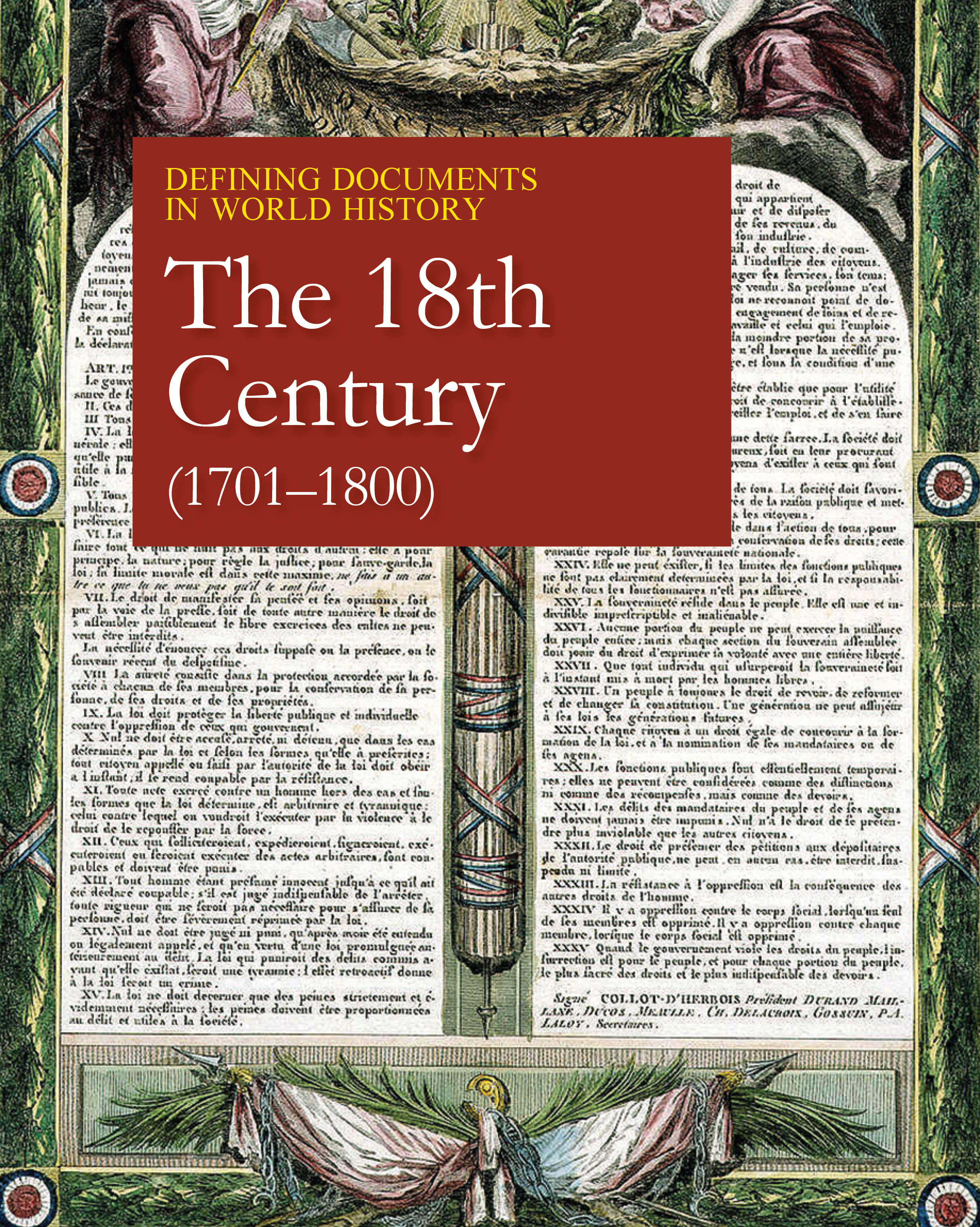 The 18th Century offers in-depth analysis of a broad range of historical documents and historic events that make up the story of a century marked by revolution and calls for a broader perspective on human rights and dignity. The volume begins with King George III’s Proclamation of 1783, which had the consequence of turning colonists in America against the crown and culminated in such significant documents as the Declaration of Independence and the U. S. Constitution. The new nation continued its struggles, not least of which was the fight over slavery, resulting such important speeches and addresses as Prince Hall’s Petition and the Pennsylvania Act for the Gradual Abolition of Slavery. Revolution was in the air during the 18th century.
In France, two pivotal documents, Declaration of the Rights of Man and the Citizen, adopted by the National Constituent Assembly in 1789, and Declaration of the Rights of Woman, by Olympe de Gouges, remain fundamental to an understanding of the history of human and civil rights. Meanwhile, Britain continued its
efforts extending its influence in India and China, with mixed results, as shown in Qianlong’s Letter to King George III. The thirty-two articles in this volume are
organized into five sections:

Historical documents provide a compelling view of this pivotal century and its influence on world history. Designed for high school and college students, the aim of the series is to advance historical document studies as an important activity in learning about history.

Essay Format
The 18h Century contains thirty-two primary source documents—many in their entirety. Each document is supported by a critical essay, written by historians and teachers, that includes a Summary Overview, Defining Moment, Author Biography, Document Analysis, and Essential Themes. Readers will appreciate the diversity of the collected texts, including speeches, letters, political and religious sermons, laws, edicts, and charters among other genres. An important feature of each essay is a close reading of the primary source that develops evidence of broader themes, such as the author’s rhetorical purpose, social or class position, point of view, and other relevant issues. In addition, essays are organized by section themes, listed above, highlighting major issues of the period, many of which extend across eras and continue to shape life as we know it around the world to the present day. Each section begins with a brief introduction that defines questions and problems underlying the subjects in the historical documents. Each essay also includes a Bibliography and Additional Reading section for further research.

Reviews
“ "Along with the other books in this series, this is an excellent undergraduate resource for academic libraries.” -ARBA
Defining Documents in World History: The 18th Century Review 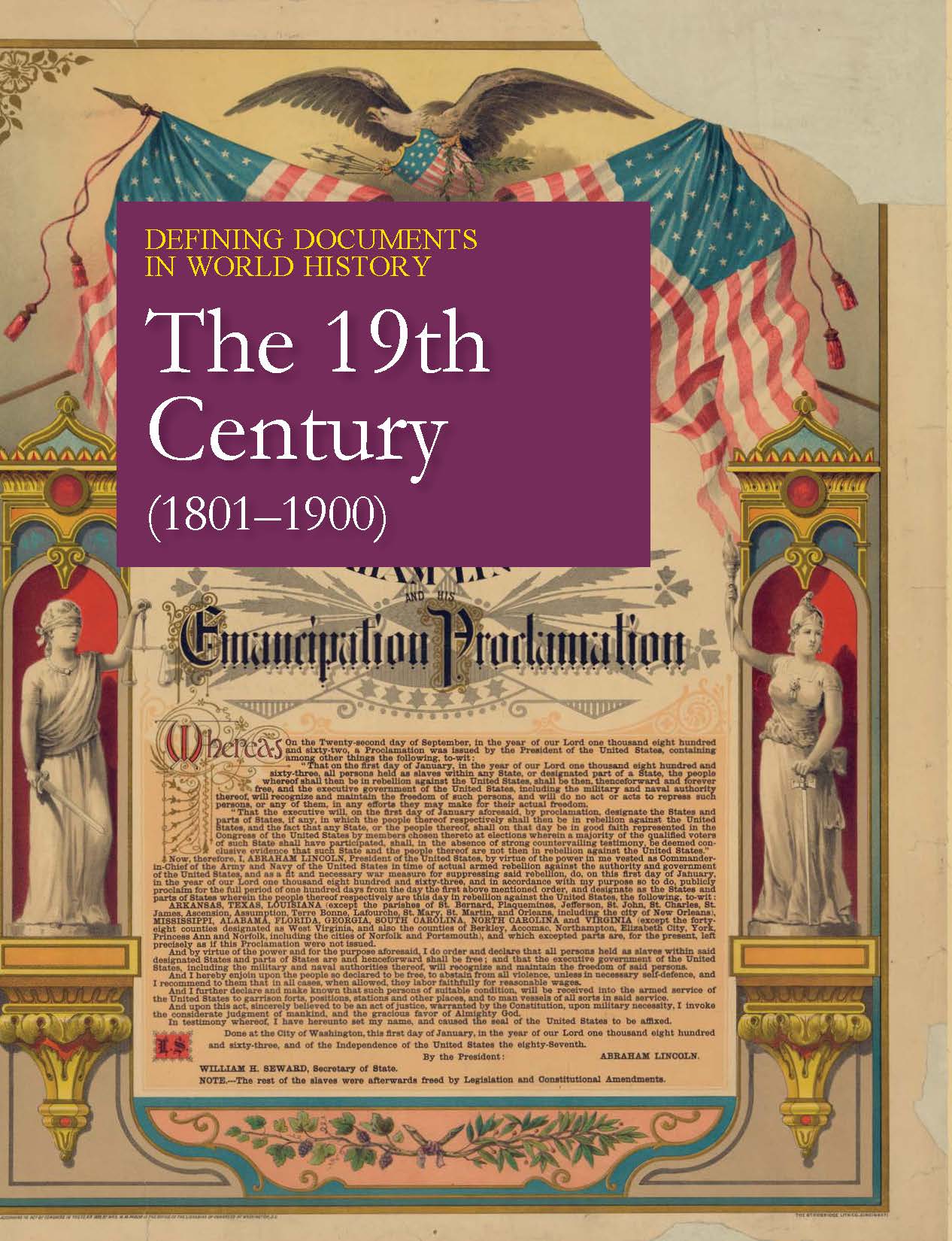 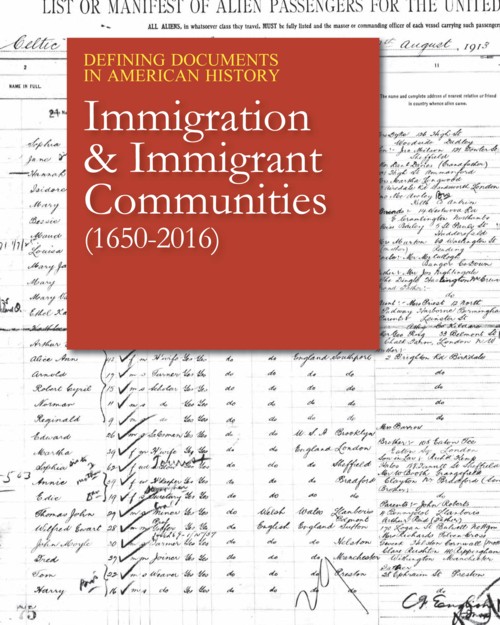 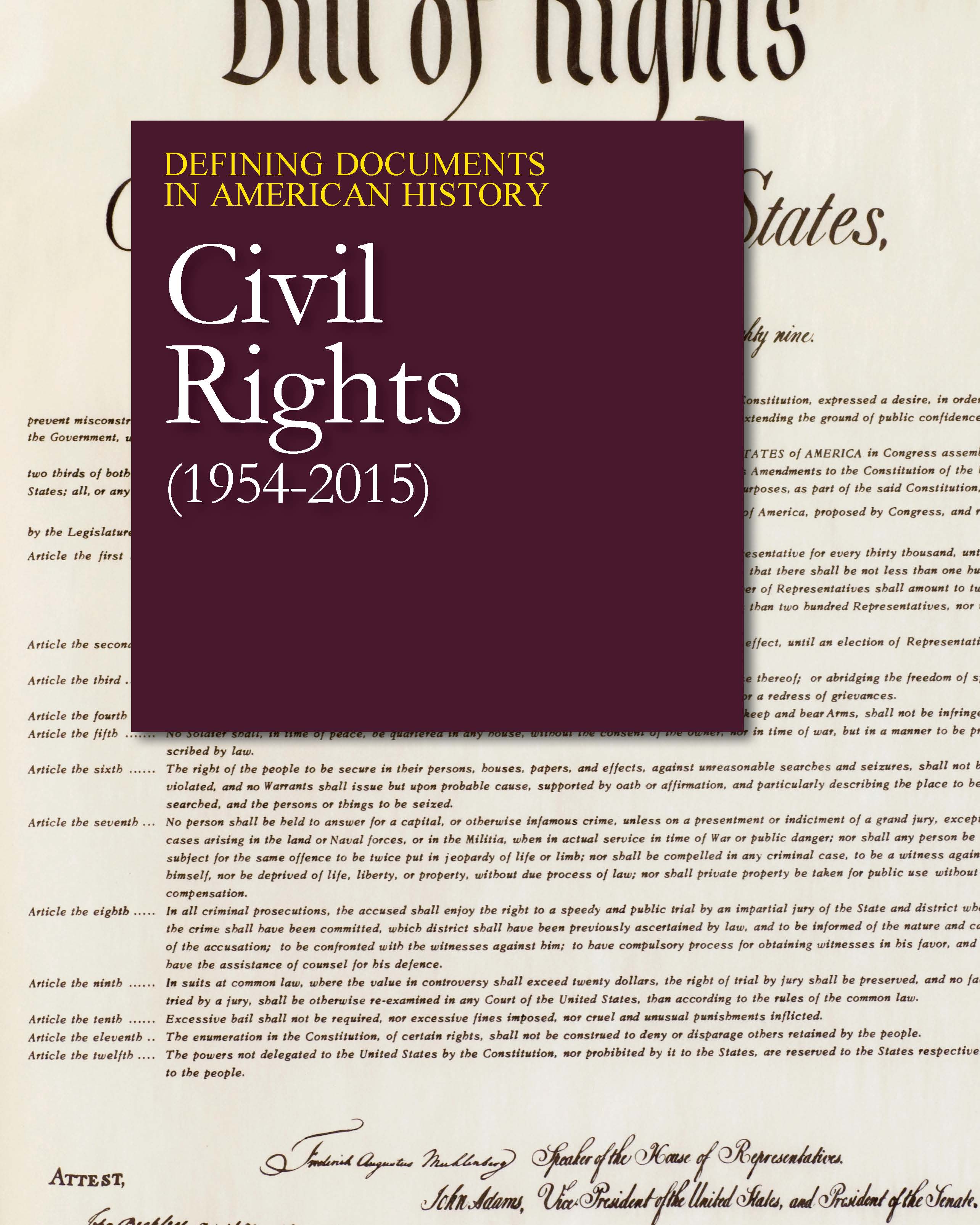